John Kass had a very interesting piece in the Chicago Tribune the other day, "Daley Reins In Radicals — The Chicago Way" about Obama and his associates, written by someone who knows Chicago Politics. Despite Obama's attempts (successful as far as the MSM is concerned) to portray himself as a "fresh as a daisy" politician, Kass makes it clear that he is a Chicago politician all the way, and has a lot of help in that area. Now, I, personally, am not surprised at Obama's being a Chicago politician, but he sure seems to have bamboozled enough people so that they won't even LOOK at his record, or cry, "Right wing smear!" or "racist!" whenever anyone tries to bring it up.

Turn on the TV news when John McCain is picking up undecided voters by invoking Barack Obama's relationship with unrepentant American terrorist William Ayers and, invariably, some liberal talking head will sniff in disgust and say Ayers is no big deal where Obama comes from.

Unfortunately, that's true. Ayers is a terrorist. But this is Chicago.

Obama and Ayers are neighbors and they worked together on school issues with the same foundation. Obama's political coming-out party was held in Ayers' living room when Obama was running for his first political office.

And the boss of Chicago is Mayor Richard Daley. Mayor Shortshanks has thrown his protective embrace around both men. These are facts.

Huh - I wonder how much trouble Kass will get into for actually acknowledging in print that Ayers is a terrorist and that he really does have connections with Obama (despite Obama's continued bamboozling on this issue, the debate last night is a case in point. Um, uh, Obama - you know there are books, and photographs, and videos and all, right? I swear - that man could not tell the truth if his life depended on it!)? Well, apparently, none at all:

But the reason Ayers is not a big deal in Chicago has to do with the Chicago Way, and the left fork of that road that has been bought and paid for by the Daley machine, subsidized by taxpayers who foot the bill for public relations contracts from City Hall.

The new Daley machine is much more sophisticated than his father's. And the stereotype of knuckle-draggers and wiseguys—they're still around, and there are jobs on the city payroll for those who work the precincts.

Yet what's often ignored is that their university-educated cousins get city contracts to spin the news and shape the symbolism and tell out-of-town reporters that Ayers is no big deal. They won't bite the hand that feeds them. For an examination of the Daley spin machine—and its cost to taxpayers—please see Tribune reporter Dan Mihalopoulos' story in the Sunday editions.

I see. In other words, it's all about politics, who you know, and to whom you are connected. Tell me again how it is Obama is getting away with this whole, "I'm not really a politician, certainly not a WASHINGTON insider!" Well, true that, Obama - you are a Chicago insider!

This surprised me. Those of us who have access to, well, facts, all know about Bill Ayers and his long, long friendship/collaboration with Obama. And, those of us who are capable of, well, reading or watching, or hearing, know that Ayers is a domestic terrorist who is not only unrepentant, but wishes he had blown up more places. Charming. Well, here was something I did NOT know:

One friend of Obama and Ayers is former '60s radical Marilyn Katz, now an Obama fundraiser, strategist and public relations maven. She's often a go-to quote for reporters to knock down the Ayers-Obama story.

"What Bill Ayers and [former Black Panther, now U.S. Rep.] Bobby Rush . . . did 40 years ago has nothing to do with [the presidential campaign]," Katz was quoted as saying in the Chicago Sun-Times in April. "[Ayers] has a national reputation. He lectures at Harvard [University] and Vassar [College]."

What that story and many other pro-Obama articles gloss over is that during the violent protests of the 1968 Democratic National Convention here, Katz was the security chief for the radical Students for a Democratic Society. She once advocated throwing studded nails in front of police cars, back in the SDS days when the group was alleged to have thrown cellophane bags full of human excrement at cops and cans of urine and golf balls impaled with nails.

Great day in the mornin'! Are you KIDDING me? So it isn't just Ayers who has engaged in domestic terrorism, but one of Obama's SPOKESPEOPLE? One of his strategists? A "go-to-for-quotes" person? I love how she just dismisses Ayers' activities as being so last century (for all intents and purposes), especially given his CURRENT regrets that he did not do more (and as he said recently, it still is not outside the realm of possibility. Remember this quote?

“Yeah we did some foolish things. I can’t quite imagine putting a bomb in a building today, but the way things are in the world, I can’t imagine entirely dismissing the possibility either. What if the government is killing a bunch of innocent people and just won’t listen? And knowing now that trying to make a better life can lead to the guillotine, and the gulag, I still can’t imagine a fully human world without utopian dreams.”

Ahem. Yes, Ms. Katz, he so doesn't believe any of THAT stuff anymore. Lawsy mercy, how do these people live with themselves?!?! Seriously! DO they just overlook the horns sticking out of their heads??

Oh, but just you wait. This is straight from the, "You can't make this crap up" department:

Under this Daley, her firm, MK Communications, has many city deals, and one involves public relations for the Chicago Police Department's community policing program. From nails to contracts, the Chicago Way. Apparently, irony was not a '60s thing.

Now, as Daley prepares to lay off more than 1,000 city workers, he's given Katz and other public relations firms five-year contracts that could pay them as much as $5 million each for consulting, advertising and promotion.

Now here's a lesson for you all: if you are connected to powerful people, it doesn't matter one whit what kind of anti-American activities in which you have engaged. You will be compensated and compensated well.

Wait a minute - how is it that these people who, extrapolating from all of their ties, have a heavy Socialist bent, are all frikkin' MILLIONAIRES?? I sure would like an explanation of that. Maybe they believe that all the little people should share the wealth, at their direction, of course, and since they know better than we do, they have to make sure they have a ton of money just in case it all goes terribly wrong so they can escape to some Caribbean island.

Okay, back to the relationship between Ms. Katz and Mayor Daley:

Clearly, if she wasn't a good soldier for Shortshanks her list of clients would be quite small. Katz is often aggravating, but she's also funny and smart, so I called her to submit my theory: That by buying off the political left—through PR contracts to Katz, through his own support for Ayers—Daley maintains control over message and symbolism.

"I don't see it that way," said Katz. "As kids, our issues were schools, the environment, housing—and these things are the same things that the mayor cares about. So we have this in common. The agendas that drove us pulled us together. It's about respect for each other's point of view, not what we did when we were 19."

On Ayers and Obama, Katz still insists it isn't a story.

"Bill and I were in different parts of SDS. We disagreed on tactics. Bill has spent his entire life contributing to the betterment of society. That's all I can say about Bill," she said.

Well, it seems John Kass is one of the few journalists out there who is not a shill for Obama. Just a moment - I am reveling in that reality...Okay. Here was his response to Ms. Katz:

Happily, I beg to differ. Ayers is a terrorist—the narcissistic son of privilege and clout—whose father, Thomas, was the boss of Commonwealth Edison and a friend of the late Mayor Richard J. Daley. As a leader of the ultraviolent Weather Underground, Ayers admitted to helping bomb the U.S. Capitol and the Pentagon in the 1970s. He should have been sent to prison. Instead, Chicago political clout allowed him and his wife, fellow radical Bernardine Dohrn, to magically join the payrolls of universities here.

Obama says he was 8 years old when the bombs went off. But he was a grown man when he sought Ayers' political blessing, and when they worked on the same education projects.

"They're friends. So what?" Mayor Daley said in August.

He's the boss and the master spinner. So it must not be a story. (jskass@tribune.com)

Yippie ki yi yay! There is a journalist out there for a MAJOR paper who has not drunk the Kool Aide! Yahoo!!! Mr. Kass is now my new hero for speaking truth to power; for calling foul on the MSM; for highlighting how Chicago politics really works; and who's connected to whom. What a shame that the majority of the Fourth Estate has not acted in kind (with a few notable exceptions like Barone and Krauthammer, to name two). Had they, we would not find ourselves in this position now - we would be casting our votes for Hillary Clinton and a REAL Democrat, one of whom we could be proud. Sadly, there are just not enough John Kasses in the world. Would that there were. But - I am happy he is doing what he is doing, exposing even more about the very real politician Barack Obama is. Well done, Mr. Kass!
Posted by Rabble Rouser Reverend Amy at 11:00 AM

Ayers et al. are quite typical of terrorist movements in the Western world in that their leaders are almost invariably from the upper middle class. They are impatient, power-hungry, children of privilege who really have no interest in the well-being of the blue-collar workers whom they claim to represent. If they no longer try to kill people with bombs it's because they have discovered a the path to power lay elsewhere.

Obama shares many of these traits. He started out as a "black nationalist", then discover a quicker path to power.

But power over others is all they are about. Ideology is the latter-day version of "opium for the masses".

Spot on, Mike j - you are absolutely right. And power is EXACTLY what Obama is all about, no doubt. Hence his desire for Authoritarian Socialism.

Adding just another piece to the puzzle ....working on a series of articles and Marilyn is now part of it and I will link to this story! THANK YOU!!!

I will come back and link when I get it posted. I hope you don't mind.

up and running with a link to you.

That's great! Good to hear from you!

And thanks for the link, too - you rock, DT!

DT - in terms of the puzzle, someone was saying that the Obama camp can immediately dig up stuff on "Joe the Plumber," which they have released on the internet, of course, but Obama still hasn't released his own RECORDS!!! 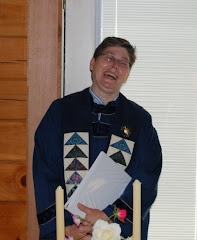 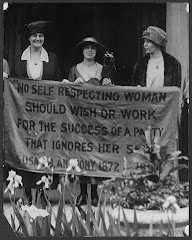